Last school year our grandson and his grade 2 classmates sowed Rattlesnake beans in small clear plastic cups. Presumable so they could watch the roots growing. In due time he brought his little bean home and he and Grandad transplanted it on the bean support where the other pole beans were sowed. From the start it grew vigorously; here it has reached the top of the 8' support while the regular ones grew a lot less quickly. ( This was taken a couple of weeks ago and the others have grown a lot but not nearly to the height of the Rattlesnake bean which has now begun to hang down so I'd say they grow about 10 feet high). 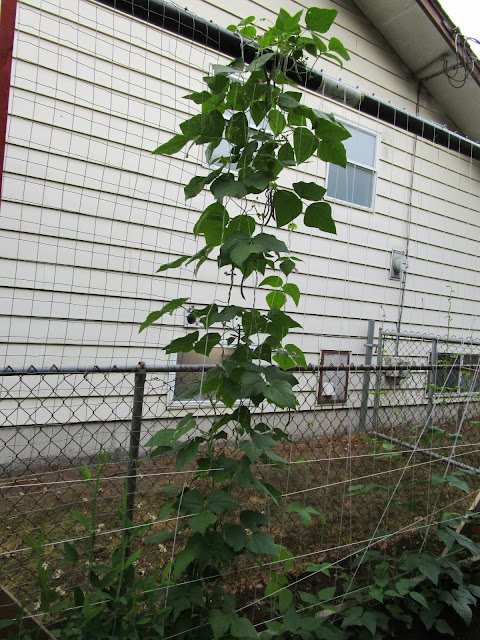 This was the very first picking of this interesting looking bean. I believe it is an Heirloom seed. We plan on letting some of the pods mature and keep seeds for next year.
The beans are as tender and tasty as any we've ever had. 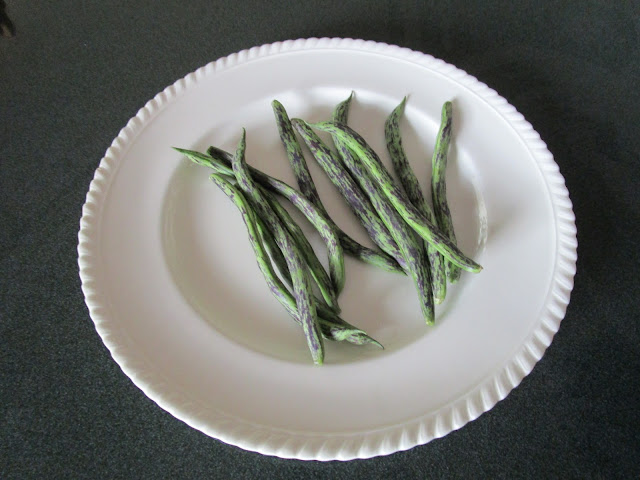 Here's one picking of Sugar Peas. They keep hiding amid the foliage and getting too big to eat so Bracken gets to eat those. I seem to be the only one in our household that eats these raw ( except for Bracken),  DH eats them in stir fries. And that tiny tomato was the very first of its kind. I hope we get some ripe full sized ones soon. 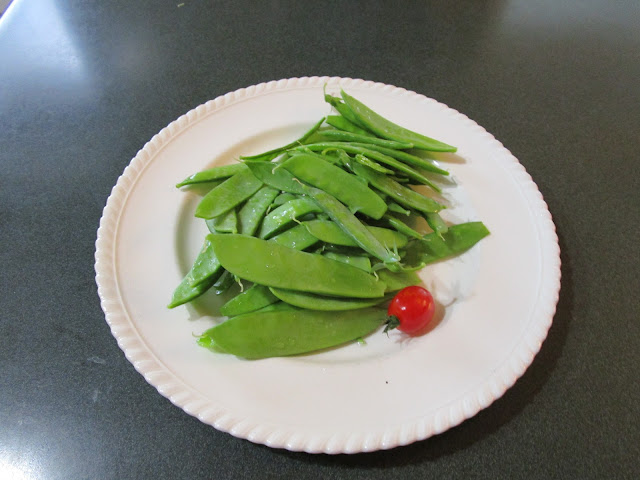