When we left on our walk this morning we heard before we spied seven swans flying overhead. We watched to see if they would land on the lake but they kept right on flying. Swans are such magnificent birds.  An adult swan weighs more than 30 lbs and is one of the largest flying birds!


Of course I have more to say than that I saw seven swans...    here is my thrifty tip of the week . We buy milk in 4 liter jugs ( 3.78 US gallons)  because the 2 liter container is only a bit cheaper than the 4. What happens though is that by the time the week is over I have milk that is just beginning to go 'off'. That is when I make one of my stand-by recipes. Today I made an Impossible Pumpkin Pie
( the recipe calls for Bisquik and I'm sure you've seen variations of the Impossible pies before). This recipe uses a cup and a half of milk so I still had 2 cups left. I made chocolate pudding with it and now we're set for dessert for a while.  What do you do with milk that is just going off?  I have a friend that freezes it in 1 cup amounts but I know if I did that I'd never get around to using it. 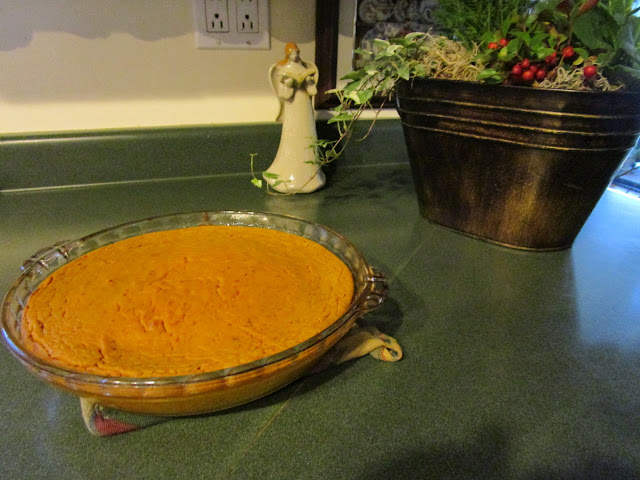 I don't think I've mentioned the angel that I picked up for .50 at the thrift store. One of her wings is broken ( her mate was whole and was marked at 2.50 so I left her behind). I had thought I'd put her in the garden come Spring but now that she's in the kitchen I rather like her right where she is. 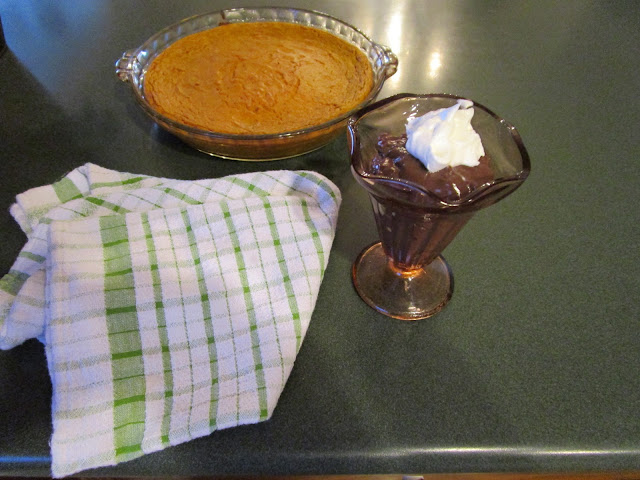 Thanks for visiting today.  I love to read your comments so don't be shy.

Posted by Granny Marigold at 11:20