We had a much-needed rain yesterday. Today we're back to mostly sunny with a few clouds. It's so pleasant when the temperature stays below 23 or 24C ( mid 70's F). 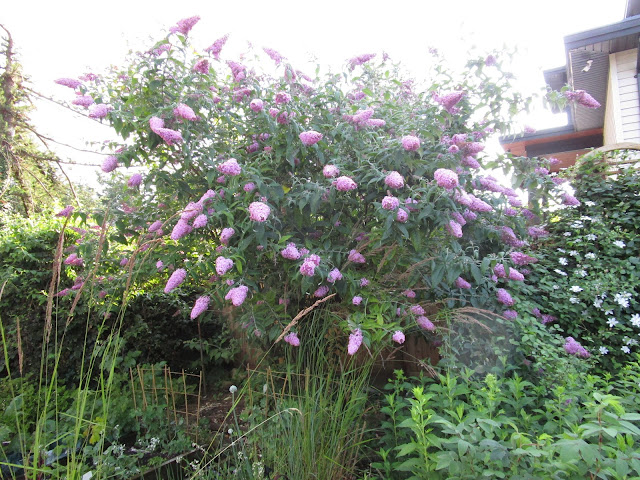 A lot of my perennials are getting overly large and the path isn't usable because of overhanging plants. I started clearing some out but soon realized I'd never be able to do it. One call to youngest son and he came over and in no time at all he had reduced the size of many of my oldest Daylilies.  There's more to be done but for now it looks a lot tidier. 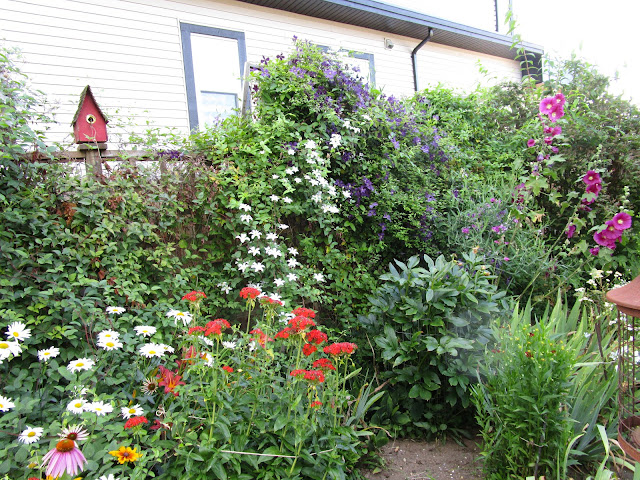 This Clematis has grown both up and also down winding itself through the Daisies. I'll wait with cutting it back until it has done blooming. 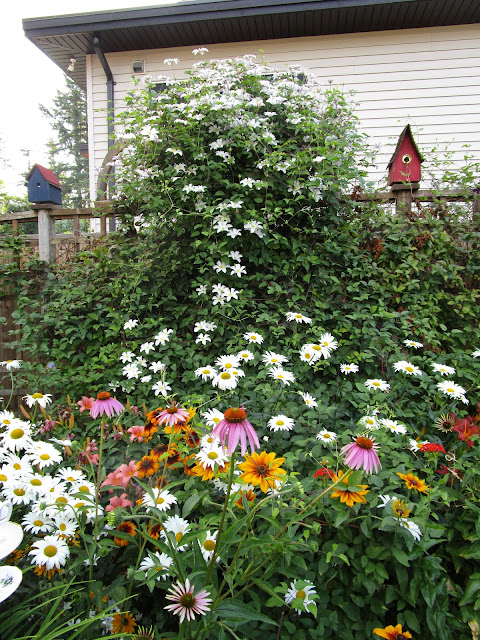 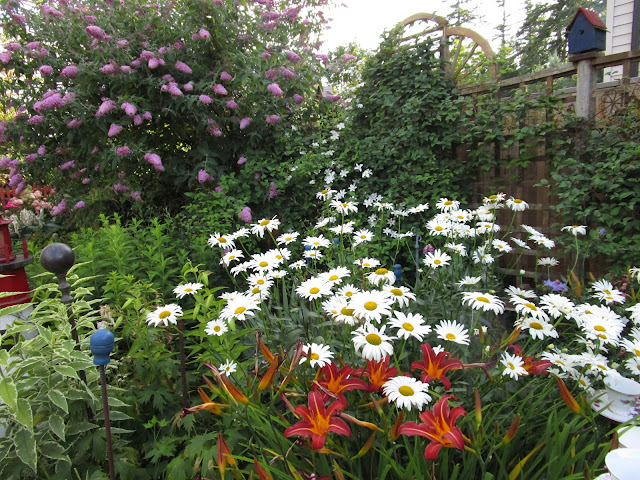 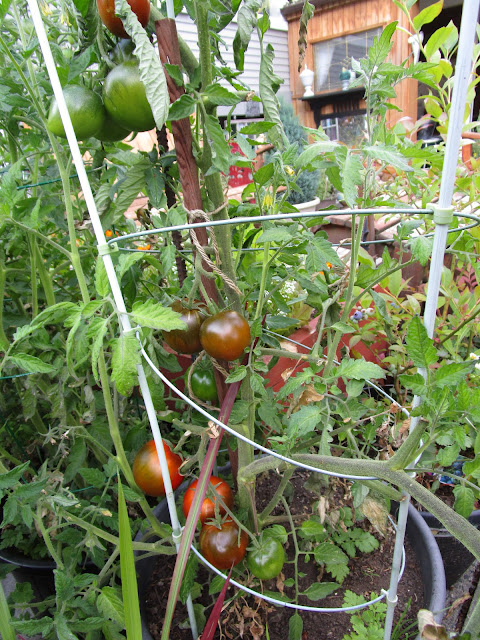 These strange little tomatoes will be red when they ripen ( or so the tag says). 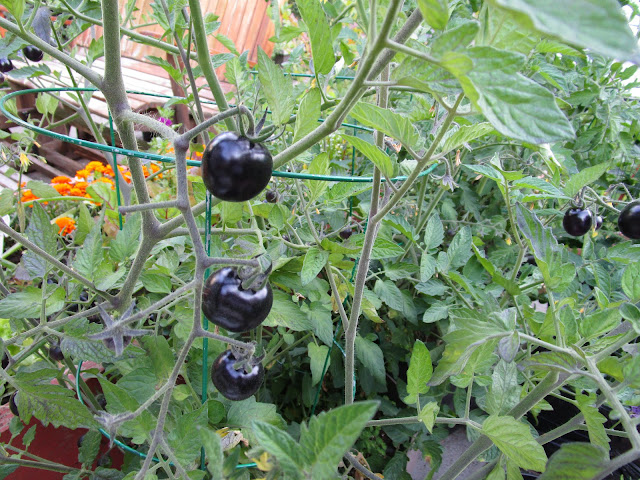 I know I post about these Rattlesnake pole beans every year but some of you might not have read how the single bean plant that M sowed in either kindergarten or grade one, I forget which it was, but it  grew and we eventually put it in with our regular beans. It did so well that we saved the seeds at the end of the season and by now it has become one of our favourite varieties. 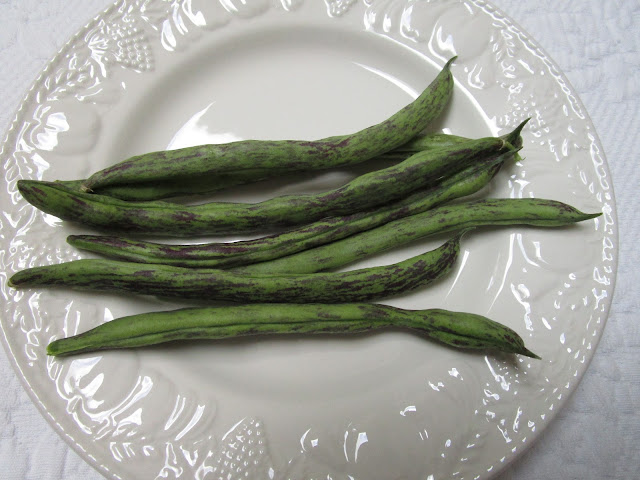 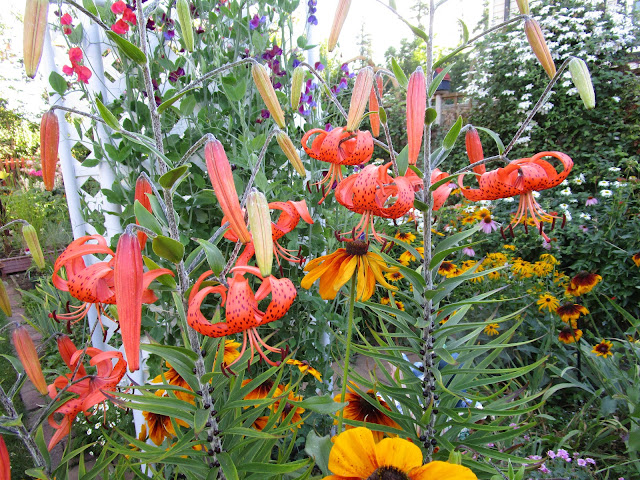 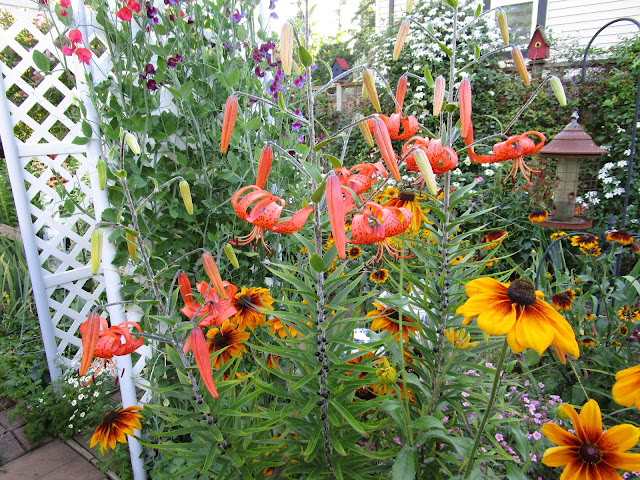 I realized that I had not answered a question that came up after I posted about freezing cherries.  Some wanted to know if we froze them without pitting them. We do because we find that when we make jam the pits float to the top and can easily be scooped off. However, we are aware that we miss some and are careful when we eat the jam not to chip a tooth!

I have a SIL that pits her frozen cherries when they're half  thawed. She says it doesn't take her long to pit as many as she needs.

Thanks for coming by today,  GM

Posted by Granny Marigold at 13:40