It's still raining here. I didn't even try to go walking, instead I spent the morning going through old cards and such. I decided I'd keep only as many as could fit into a smallish  suitcase.  I find it hard to throw away cards from dear ones.  Of course I kept all the drawings made for me by my children and grands. Those are so precious.

I found another wedding photo;  we are very serious. No smiling allowed. No pictures were allowed during the ceremony so this was taken after. 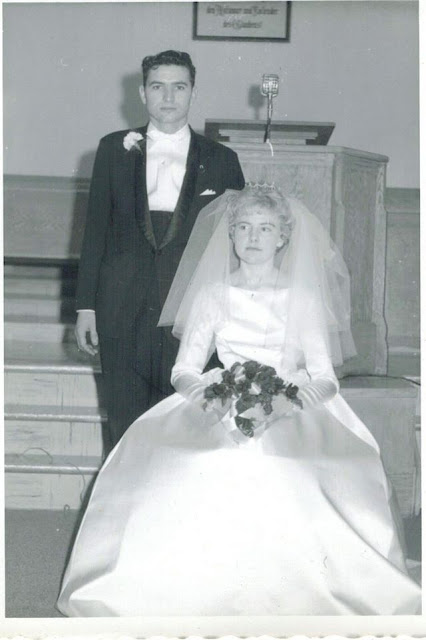 I often complain jokingly that packages are delivered almost daily to my son and DIL but not to me. Ignoring the fact that I don't order anything. Well, today TWO packages came for me neither of which I had ordered. I was even more confused when I opened the boxes. Each contained 3 random items. Package #1 contained a small book of journal prompts, a box of fruit fly traps (some of which had been removed), and a sort of coffee stomper which I'm told is for an espresso machine. Package #2 had 2 collapsible dog bowls, a jar of silver polish and an extremely heavy mortar and pestle. 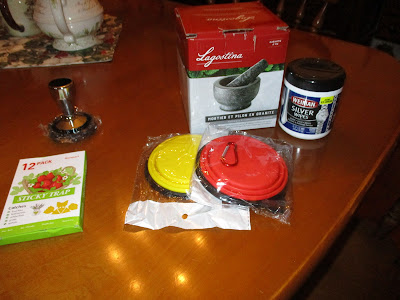 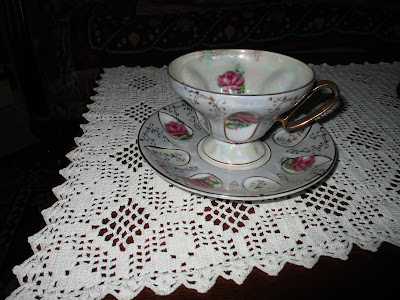 Posted by Granny Marigold at 20:58